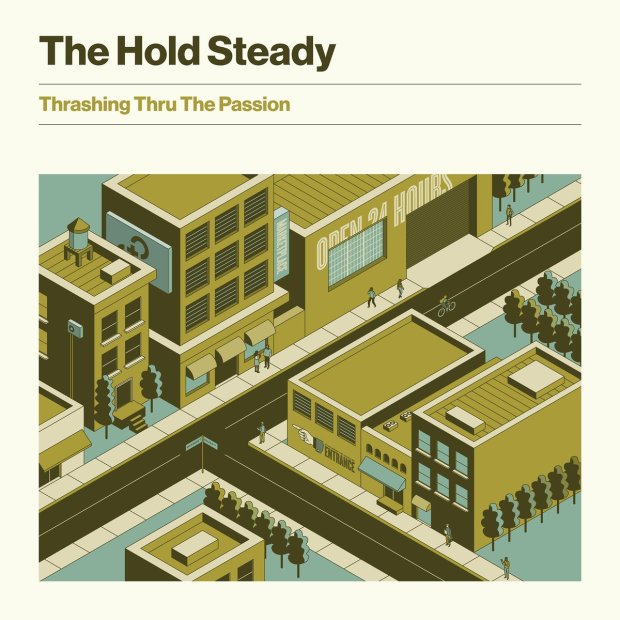 Crediting the recording process for this rejuvenation – the band recorded with little outside pressure and at their own pace. Released just a few months after singer Craig Finn’s 3rd solo album, he credits learning to work with other people and taking a step back as allowing him to realise what The Hold Steady do best. And everything they do best is found here in abundance.

Retaining all the hallmarks of Hold Steady classics, Finn’s trademark wit and humour are found all over the record reminding the listener just what makes this band so special. Best exemplified on Entitlement Crew, the ‘thanks for listening, thanks for understanding’ refrain has not only become the band’s social media sign off but is destined to be yelled back at one of the bands Massive Nights gigs.

After what looked like an uncertain few years, it’s great to see the band back with a record that fits seamlessly amounts their back catalogue, and one which this reviewer will be spinning for months to come.